Dirty is a first person, 3D based puzzle/mystery thriller PC/Mac game that focuses on covering up messy crimes committed by the mafia in various settings.

Experience the intensity of cleaning a crime scene under pressure by eliminating any incriminating evidence for your outlaw clients. To get away, you will have to do a quick, flawless job and dismiss the police by talking smooth before getting your paycheck.

Criminal Mind:
inspect the crime scene for anything that might incriminate you, or worse, your clients, by interacting with your environment and its objects. Leave no stone unturned.

Cover Your Tracks:
dispose of all discovered evidence using the proper method(s). Burning, dissolving, burying, and more... it’s all fair game when you want to make your name.

Lie-able:
the police are coming to interrogate! Make sure you answer them wisely to absolve your client or be ready to take your chance at bribing.

Exploring ​(walking around):​
Players can move around the space and search for it in its entirety. Players can see all of the objects but only interact meaningfully with several. Some of these interactable objects are used to cleaning up the crime scene while others are decoys and distractions that waste the player’s time.

Logical Interaction ​(combining/using):​
Players need to think strategically about how they will use the assets they have available and how to combine them to perform significant actions necessary for successful cleanup.

Mechanical Interaction(​lifting/dropping)​:
Players can interact with physically manipulatable objects by lifting them up and/or dropping them in strategic locations.

The first level starts with a short scene of a dirty white van in a suspicious alley. The player character is dragged into the van and blindfolded. Blinded, the player relies on listening carefully to understand what it is happening. A muffled sound and quick dialogue indicate that the last cleaner, Little Mikey, didn’t do a very satisfying job and is now being shot. The player’s first day working for the mafia is about to start, and he/she knows that there is no room for mistakes.

Dirty’s look and feel communicates a strong sense of mystery and intensity. The elements that surround the player in the game were all designed to intensify their experience further. 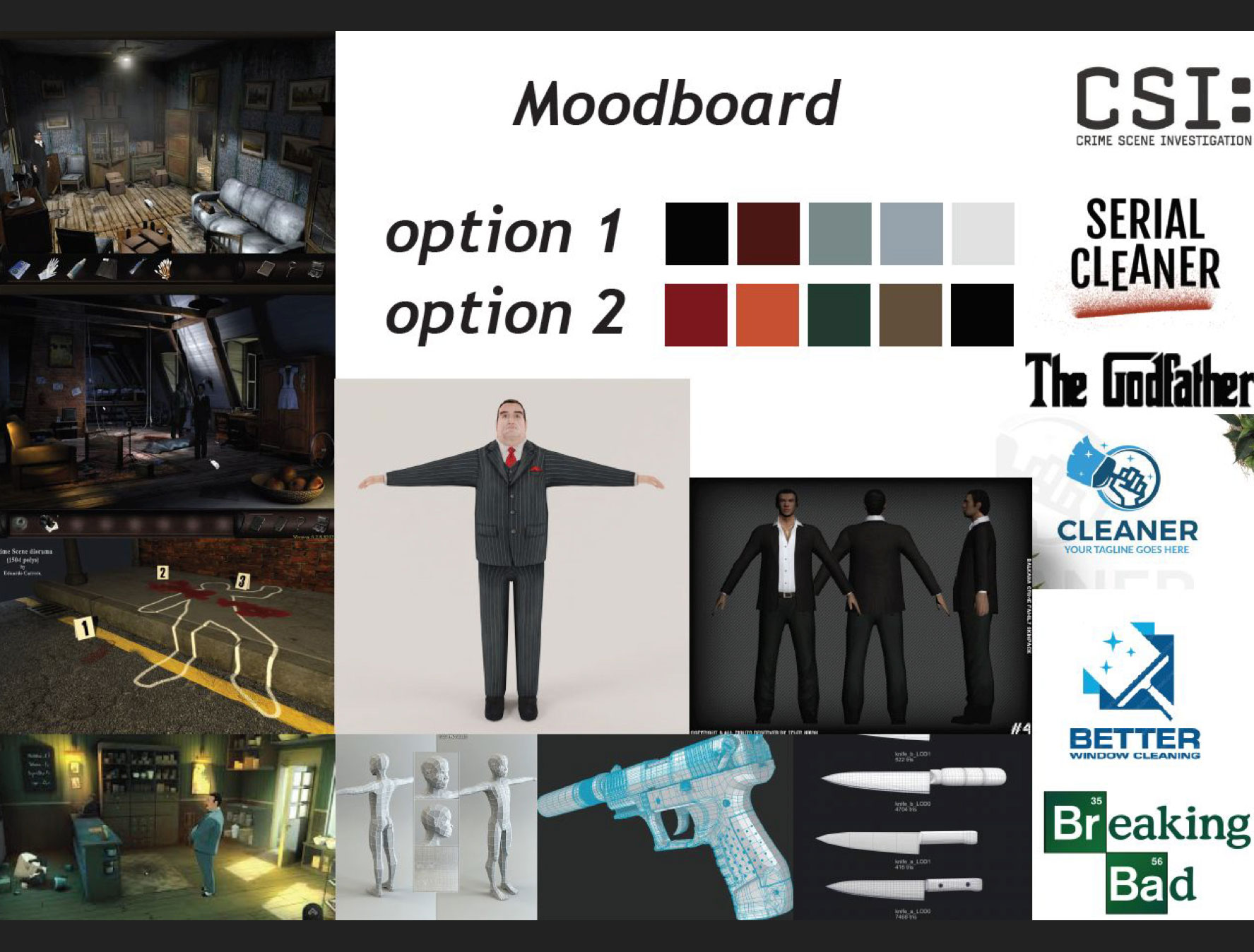 The characters are designed with a minimalistic 3D design in mind, but we still customized and illustrated each character to have features that befit their personalities. 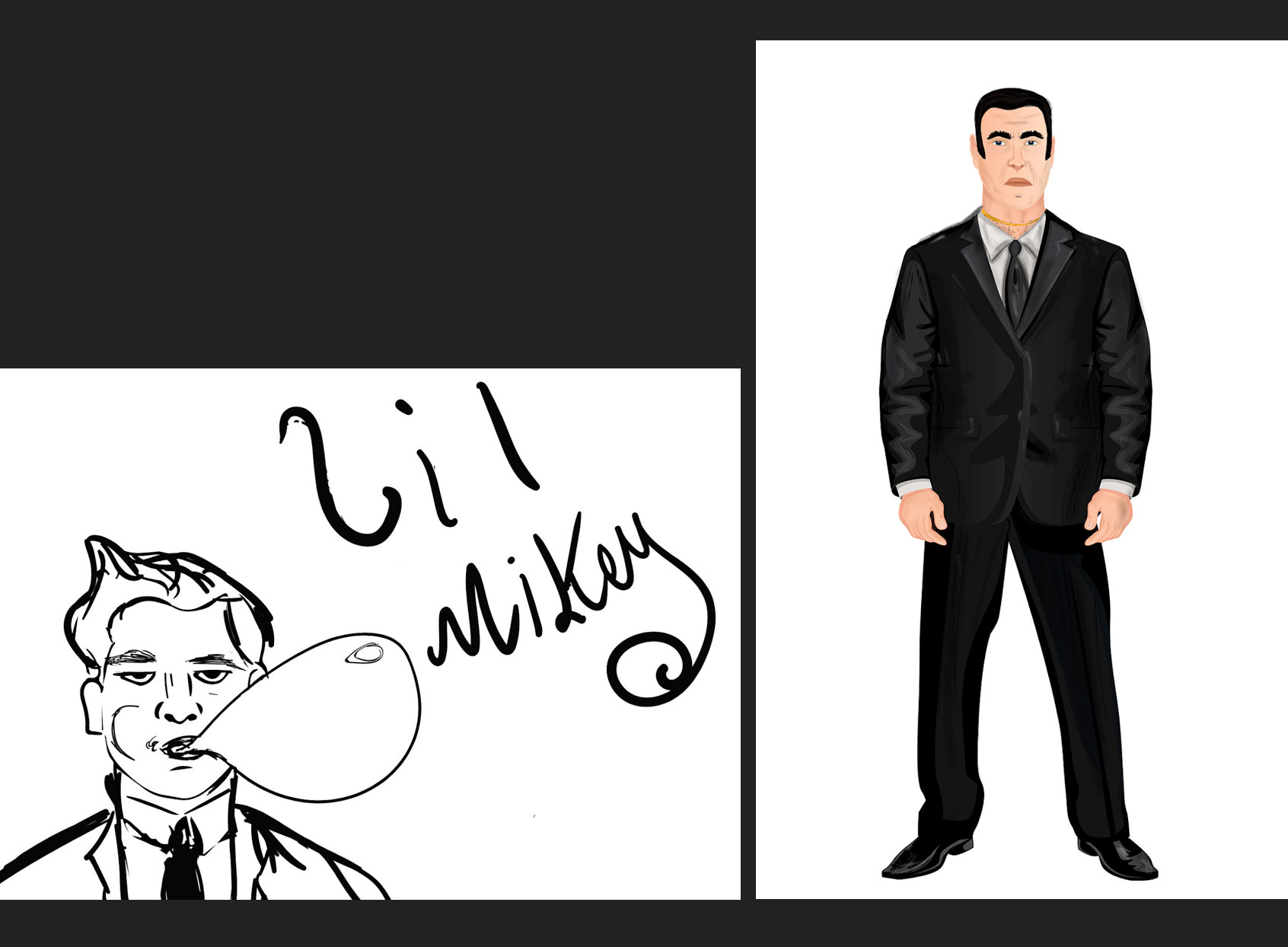 The objects in the game are 3D low poly assets. They have a minimal and uncomplicated design to retain the player's focus on gameplay and problem-solving. Most of the assets are done in one colour or a simple patterned material. They are made to fit the scenario they are placed in. 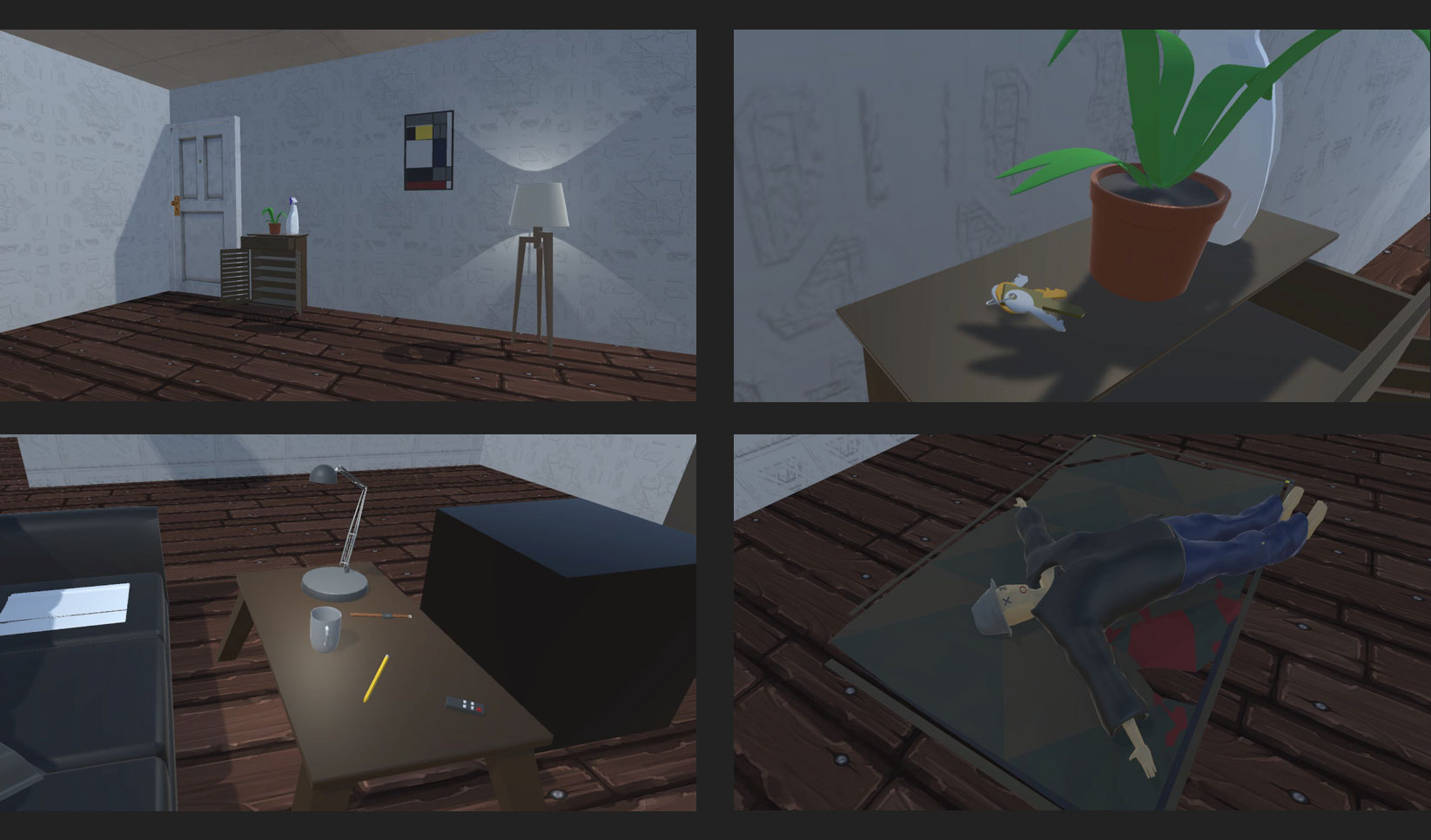 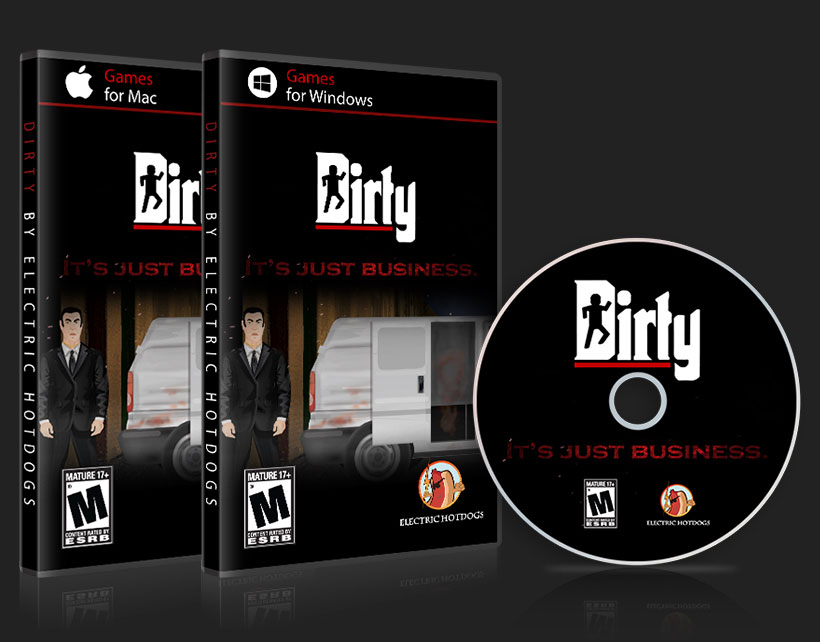 MR version would be an immersive and eye-catching one of the game. With the Hololens for example, players would be able to scan a room in reality and then mix the game world with the real world.

By bringing the thrill and pace of Dirty into the familiarity of their environments, the player would be even more immersed and invested in the gameplay. They would also feel disoriented, which aligns well with the current game aesthetics.

The first-person controls would remain the same in an MR application, but due to the actual live environment being interactive, more thought would have to be put into planning a control scheme and conducting original room layout during gameplay.

| Play with constraints and do it faster
One of the essential purposes we had in our first round of playtesting was to choose a better camera angle for our game. However, we only had ten weeks to make our game, and we just had one programmer in our team. So, making our game in two different camera angles (1st-person & 3rd-person) and testing them was not an option for us.

For mimicking two different camera angles, we used GoPro on a helmet and a DSRL with a wide-angle lens to simulate two kinds of views.
‍

We put the GoPro with helmet and DSRL on testers' head and high position in the room respectively. Therefore we can capture testers activities in two different views, and compare them later.

Analyzing these footages helped us decided to choose the 1st-person angle.

| Learn fast and early, thrive with the whole team
Half of our team hadn't had any game development/making experience including me. I learnt Maya and Unity 3D from scratch; fortunately, all of us started early, and we studied fast because we always learn from each other and practice in the real project.